1976...........the last time that the March Madness field did not include either Duke or Kentucky. Two years later, they played each other in the title game (with Bob Bender a guard on the Duke squad). Many of you may already know that Bender has the trivia resume' of having played for two different high schools that made it to the IHSA Elite Eight at the u of i Assembly Hall (Quincy Catholic Boys and Bloomington H.S.) and then two different teams that made it to the NCAA title game (Indiana in 1976 and Duke in 1978). 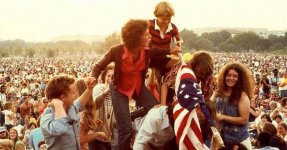