• Former Gophers big man Reggie Lynch was playing basketball for Urania Milano in Italy before its season was shut down because of the outbreak of COVID-19. Lynch played in 26 games and averaged 11.3 points, 6.5 rebounds and 2.6 blocks in 25.6 minutes per game. Urania was 13-13 when play was suspended.
Click to expand...

I didn’t see this before. They should report how many fouls per game too.

Paris Lee is back to work. He has a game today at 1:30 if anyone wants to scratch their sports itch. Watch sports events online: live video streaming

PLee being used as an example of elite on the ball defense . . .

Probably a good move on JJ's part. Not sure packing up and moving again makes a lot of sense for him.
R

Was reading about The Basketball Tournament 2020 and noticed Osiris isn’t on The Eberlein Drive team roster this year. Has anyone heard if he or other Redbirds are competing this year?
B

Katy has climbed 3 14ers in the past week or so. Pics on her twitter.
A

You guys remember Elijah Clarance? He's still making $$$ playing overseas and has held an NBA pro day in Vegas. He's got a couple of sponsorships including a Nike endorsement. During the 2019-20 season he shot 71% from the floor but just 27% from three. 7.5 points, 2.8 assists, and a steal per game for Den Bosh in the Netherlands. I really think he could've been a GREAT college player for us had he not gone pro after his freshman season. He was one of the most explosive player to wear an ISU jersey in recent memory. I doubt he'll make it to the league, but he will have a long career overseas. Good for him.

I do think he was going to be expected to be the starting PG for the 2018-19 season where we went 17-16 and lost on Friday in STL. Surely Muller was blindsided by his decision after he averaged 20+ppg in the FIBA tournament during the summer of 2018. He didn't have time to recruit a replacement for that season. Keyshawn had to run the point and Hein played a lot.

EC came up on my Instagram feed which led to the research and trip down memory lane.
This is what no sports has led us to.
M

Have been watching Liga ACB basketball (Spain) over the last couple of weeks at our cabin, which has DirectTV and we have the sports package. Just now Tenerife vs. Barca came on, and starting for Tenerife is one Nick Zeisloft. Scored the first hoop off a great feed on his cut down the lane.
A 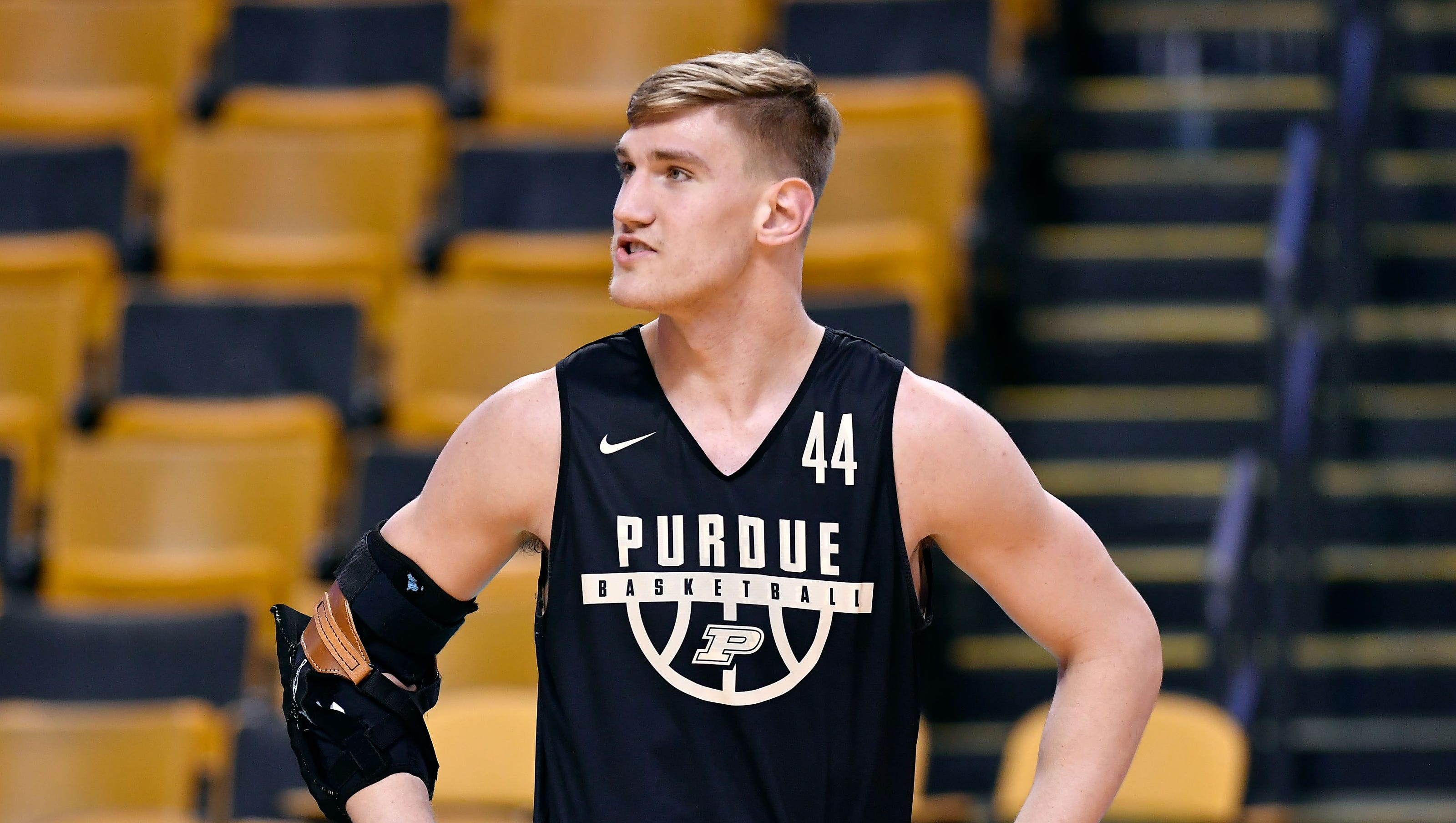 Four former Boilermakers are on the roster for The Basketball Tournament, which offers $1 million to winning the team
www.jconline.com

Lamont West (Mo State) and Justin Dentmon are on the Purdue team.
A

Eberlein Drive (Osiris’ former team) has been removed from the tournament due to an asymptotic player testing positive. They were the 5 seed.

Adunk33 said:
Eberlein Drive (Osiris’ former team) has been removed from the tournament due to an asymptotic player testing positive. They were the 5 seed.
Click to expand...

The rule that if one player tests positive the whole team is booted is rough, but understandable.
M

How about news of the nephew of a former Redbird, does that qualify for this thread?

Matt Taphorn's nephew Justin is gonna walk on at Wisconsin.


It's on to Wisconsin for Pekin boys basketball star Justin Taphorn.
The 6-foot-4 small forward will be joining the Big Ten Conference co-champion Badgers as a walk-on.
Taphorn attracted interest from Division II and Division III college coaches during this past season, but he had higher aspirations.
So he took over his recruiting process after the season, contacting Division I coaches in search of a walk-on spot. His introduction to the coaches included a resume and video of game highlights. He caught the eye of Wisconsin coach Greg Gard, who eventually offered him the walk-on spot, which could lead to a scholarship.

Not sure if he contacted Coach Dan, or if there was room for him even if he did.

Juco Advocate is 'advocating' for elevating David Cason to HC at some D1 school . . . He's been an assistant in a lot of places. Currently Associate HC at FIU . . .

David Cason was an excellent player for his 2 years here. incredibly fast at the speed dribble and always made the right pass. he was a great PG for Smiley to learn from. I recall his senior year against SIU the Birds lost a close one when Chris Carr went nuts for like 35 points. In that game Cason had 16 assists and Smiley had 10 assists in about 18 minutes off the bench. I wanna say the final was like 102-97 at RA.
A